Get the Truth - A beginning

When Arthur had the initial motorcycle accident on September 27, 1997 he had started college in Santa Barbara, intening to major in physics.

He had grown into a handsome young man from being a cute little boy. 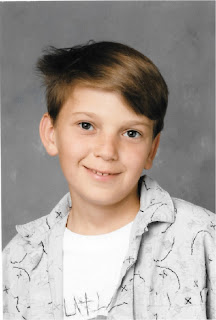 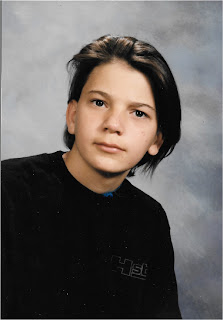 No one expected him to survive - but I spent every waking moment at his bedside at Cottage Hospital.Arthur had been riding with just a tee-shirt and the shirt and most of shin had been sheered from his body.   Although he e was heavily sedated he could still feel the agonizing pain when, every morning, the nurses again removed the scabs from his body.  I  held him for the nurses to hasten their work.

Arthur had been wearing the strongest helmet, with faceplate made when he hit the asphalt at a hundred miles an hour.  Despite this, his face was caved in so badly the attending physicians did not want to bother to repair it.  I insisted, telling them he would live.

I still keep the names of the nurses who attended him in my wallet to remind me how many people I need to give thanks for every day, and for the blessing that he lived. 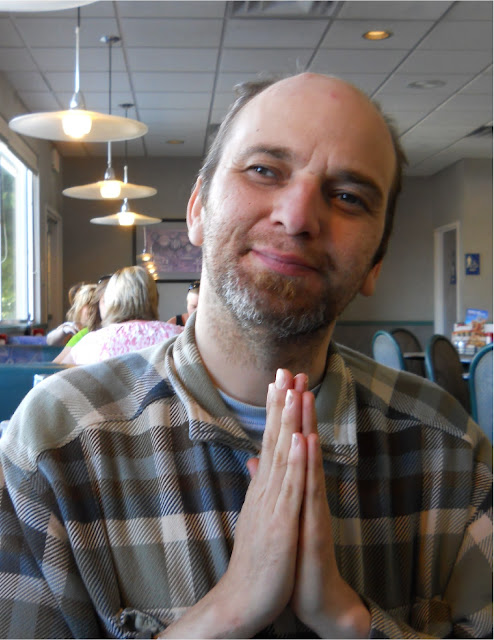 When he turned the corner Arthur did come back to us. He was bewildered, traumatized and fragile, having lost eyesight, memory and cognitive acuity. But he began the slow and anguishing process of reassembling his life.

In the middle of this process my husband, Craig Franklin, left me.  I later learned his reasons and that he was paying our oldest daughter, Morgan $5,000 a month to assist him by slandering me to my political contacts and associates, all of whom she had met through me.  The payments were affirmed through discovery during the divorce.  Also paid to Morgan was $10,000 to persuade me to turn off Arthur's life support.  She claimed she needed his heart for a transplant to save her life.  She was lying, her heart was perfectly healthy.  But this left me, again, traumatized and reeling with pain and grief.

Morgan is a psychopathic, a condition she came by through her biological father, Richard Lee Barteaux. Morgan had destroyed
Things happen in our lives over which we have no control and many things happened to me and to my son in the aftermath of the divorce, which shocked and stunned the entire family in 1998 – 1999.  This took place immediately after I had saved Craig from his blatant irresponsibility in never, not once, filed our tax returns, despite the fact our marriage had been predicated on his promise to do so. Three of the small Pay Stubs

Your're Not Paranoid – The IRS is out to get you.

As reparations Craig told me I could keep any refunds as my separate property. To others, outside my presence, he sneered at my assertion I would get it all back, and quickly.

I had forced Craig to see a therapist, Dr. Marquart, who wrote a letter to the IRS affirming his emotional handicap and inability to file.

Since I routinely follow the news relating to issues of interest to me I was well aware the IRS was back, hat in hand, to Congress in 1997 asking for more funds for a new, up to date, system for processing, storage and high level encryption. They could not afford the publicity I was very willing to provide showing they routinely subjected emotionally handicapped non-filers to what were, essentially terrorist tactics to optimize what could be extorted from them. One sympathetic IRS Agent had, usefully, provided information on the number of suicides resulting from these emotionally traumatic events.

Craig picked up the mail about six weeks after I sent the letter to the IRS provided in the article. He also opened it pulling forth the first refund check for $44,000.00. This was followed by more checks, coming to a total of about a quarter million dollars.

This is likely the moment he decided to divorce me and make one of the issues forcing me to hand back the money. Unbeknownst to him I used the money to pay off our monumental debts as a gift to him. Craig learned this in court the next spring, I had been saving it as a surprise for him on Valentine's Day.

No one has to take my word for what happened.  The evidence is up on line documented with affidavits, depositions, legal documents, photos, and recordings. This is how I handle the kind of people who have no conscience and cannot be trusted.

It was not until after Craig left, in fact in 2003, I discovered Craig had married me to gain access to my young daughters. Craig is a sexual pervert whose focus is incest. This is why he persuaded my former husband, Ron, to give up his parental rights in 1989 so he could adopt the children via naming them in his will as his natural children and heirs. He had, covertly, begun this process as soon as we were married. This Declaration by my daughter Ayn, documents his attempt to denegrate me as he groomed them for his sexual purposes.

It was the subsequent will, identical to the first in every way, except for removing the loan to his brother, Sterling, what Craig had his attorney steal from the family home in the first week of 1998. Not realizing this I was shocked when my attorney told me Craig had claimed he had never adopted the children or held them out as his children. He lied. Craig lies as a matter or routine.

I found the original, signed will, in a graphics book a year later. The unsigned copy of the second will was still on my computer where he had written it. I had used the old will as waste paper while making up a graphics project. Wills

Craig conspired criminally with the president of Green Hills Software, Inc., in a “Throw Mama From the Train,” deal to defraud me of my marital share of options in the corporation. I've published on this a dozen times. They never respond because suing me would open them up to a responsive suit on my behalf and on behalf of Dan's partner, Glenn Hightower, who was unable to exercise the partnership agreement between himself and O'Dowd because Craig lead a walk out during due diligence of critical employees.

The subsequent lawsuit, or which I had no knowledge at the time, is below.
7. Annexed hereto and marked as Exhibit 7, Nos a, b., c, d, and e, are true and exact copies of the originals in my possession of the following court documents:

[a.] Glenn Hightowervs. Daniel O'Dowd, Case No. BS 053127, Superior Court of the State of California for the County of Los Angeles, September 17, 1998, DECLARATION OF WAYNE B. WEISMAN FILED BY APPLICANT GLENN HIGHTOWER IN SUPPORT OF APPLICATION FOR PRELIMINARY INJUNCTION”

[d.] “Glenn Hightowervs. Daniel O'Dowd, Case No. BS 053127, In the Court of Appeal of the State of California, Second Appellate District, REMITITUR,” Copy of original order, opinion or decision entered in the above-entitled cause of July 1, 1999 and that this order, opinion or decision has now become final, signed by Joseph A. Lane, Clerk, September 3, 1999. Opinion Hightower is likely to prevail if there is proof of unlawful action by O'Dowd.

[e.]AMERICAN ARBITRATION ASSOCIATION No. 72Y 180 0960 98,” a true and exact copy of the originals that are in my possession, which is a series of documents generated by the law suit filed by Hightower against Dan O'Dowd over O'Dowd's exercise of their sudden death partnership agreement on January, 1998. Decision that unlawful action is not proved.

And the story goes on. I promised Arthur I would do everything in my power to get him the rehabilitation the criminal acts of Green Hills, Craig and others denied him. I will keep that promise.

There is black ice on the road and an attempt to harass, defraud, and defame me and deny me access to essential services and put my life, and my son's at risk. Ask Ed Black to provide some proof of his claims - what ever they are.

Know the truth and the Truth will set you free.Next Time - Morgan to November 2002.

Posted by Melinda Pillsbury-Foster at 10:10 PM

Melinda has numerous sites online. Here are a few.

How the NeoCons Stole Freedom